Hope you are all doing well and staying safe. I'm delighted to report stories forthcoming in the magazines Clarkesworld, Tales from the Magician's Skull, and Beneath Ceaseless Skies. The Clarkesworld story is a standalone science fantasy. The other two are new stories about Gaunt and Bone.

Speaking of Gaunt and Bone, I thought it might be fun to share my draft version of a timeline for their world. I'm getting into the habit of calling the whole setting "The Eldshore," after one of the more prominent countries in it. Its capital is Archaeopolis, home turf of Shadowdrop the black cat, who along with Gaunt and Bone is an important recurring character. Gaunt and Bone often pass through the Eldshore proper as well.

I've been making up most things about the setting story by story. That's just how my brain works. I admire people who can work out a detailed setting in advance but I seem to need a narrative first. By now the accumulated detail is substantial enough that a timeline will help keep it all consistent.

Dates in the Eldshore, and many of the surrounding lands, are reckoned since Eldshore's founding in 0 E.Y., or Eldshore Year Zero. I went through the stories and novels looking for date references. I started with some officially dated events:

797 E.Y. -- "The Lions of Karthagar," in which Eldshore's Empress Nayne leads an army into the far eastern Ruby Waste. Eldshore was never more powerful than in this year.

1096 E.Y. -- The Chart of Tomorrows, in which a great many events occur. What most people will have noticed is a balloon-enabled invasion of the region by the nomadic Karvaks.

1096. E.Y. -- "A Manslaughter of Crows," in which the Eldshore experiences a very strange election.

Aside from those dates what I've got is hypothetical, but I think it all fits.

1091 E.Y. -- "The Thief with Two Deaths," "The Mermaid and the Mortal Thing," "To the Darkhouse" (forthcoming in Tales from the Magician's Skull), "Shadowdrop," "The Sword of Loving Kindness."

That's not set in stone, and I've got more stories in development that might make me change things a bit, but that's the general scheme. I have a tendency to hop all over the place in the timeline, but I'm trying to be disciplined now and finish all my pre-novel ideas before zooming off past 1096! It's easier to keep everything organized if it's linear.

(Although writing out of order has let me do some fun things like having a little bit of the time travel from The Chart of Tomorrows influencing events in "Eyetooth," which I wrote afterward but is set before.)

I hope everyone reading this is healthy and doing well. I'm happy to announce that my overly curious black cat character Shadowdrop appears for a new adventure, "A Manslaughter of Crows," in Beneath Ceaseless Skies 241, live now. (Shadowdrop's first appearance is here.)

It's paired with the exciting "The Last Days of Summer in the City of Olives," full of vivid detail and thoughtful character moments, written by Filip Hajdar Drnovšek Zorko.

Also, I keep staring at that beautiful cover art. It's called "African Relic" and it's by Godwin Akpan.

Hope you will enjoy the issue! 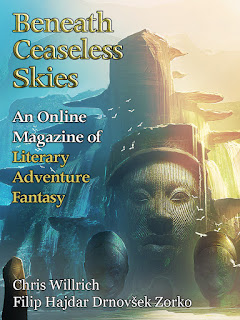 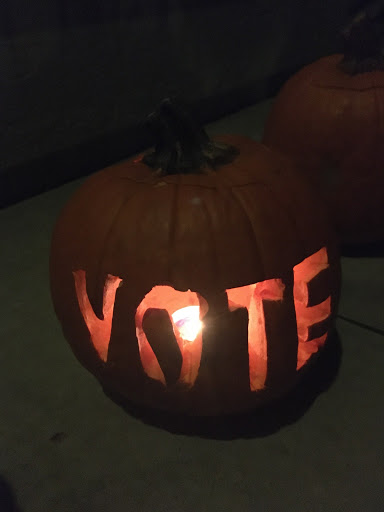 Posted by Chris Willrich at 7:33 AM No comments:

My, there are a lot of cobwebs in here. (Cough.)

Just rising from the crypt to say that I have a new story online at Beneath Ceaseless Skies, titled "Shadowdrop," set in the world of Gaunt and Bone. It appears in the 10th Anniversary issue along with the dark and haunting (and wonderfully well written) "Ruby, Singing," by Fran Wilde. Soon more stories will be added, intriguing-sounding stuff by Aliette de Bodard and Kate Alice Marshall.

Gaunt and Bone themselves appear in the first issue of the new magazine Tales from the Magician's Skull, in an adventure titled "What Lies in Ice." They appear alongside many other imaginative tales of magic and mayhem by James Enge, Bill Ward, Aeryn Rudel, Howard Andrew Jones, C.L. Werner, and John C. Hocking.

I need at some point to consolidate this site with my newer site (which I also need to update) but that will have to wait for another day. Thanks for reading!

[Edited to fix a spelling error.]
Posted by Chris Willrich at 7:11 PM 7 comments:

Trolls and raiders and dragons, oh my!

Just a quick note to say the third Gaunt and Bone novel, The Chart of Tomorrows, is on sale. This one wraps up a trilogy concerning our heroes' rather difficult quest to retire from adventuring and raise a family. Along the way they will face dangers inspired by Scandinavian history, mythology, and folklore. Oh, and did I mention that steppe nomads are invading via balloon? This story takes us into epic fantasy territory, but Gaunt and Bone, in true sword-and-sorcery style, mainly just want to survive with their family intact as the world teeters on the brink.
Posted by Chris Willrich at 1:44 PM No comments:

(cross-posted from chriswillrich.com)
Reader John Banister points out that the author's note on distances in The Silk Map has things exactly backwards -- a li is usually assumed to be around a third of a mile, not three miles as the note states. The map in the book, and the text as far as I can tell, follow the rule of a li being a third of a mile. But, embarrassingly, the author's note is out in front saying something different.
I apologize for this glaring error. I hope it doesn't hurt anyone's enjoyment of the book.
Speaking of the map, John Banister also notes it's possible to expand the view on the Kindle version: "To zoom the map, hold your finger on it until the magnifier icon appears, and then tap that icon. Also, images have more contrast at higher brightness settings." Many thanks to Mr. Banister for both comments.
I also want to share the happy news that Kerem Beyit has just won a Chesley Award in the category of "Best Cover Illustration: Paperback Book" for his wonderful cover for The Scroll of Years. I still remember my first reaction to seeing that artwork, which was that I merely wrote about that world, while Kerem had obviously been there. Congratulations to Kerem and to all the winners and nominees. See: http://www.asfa-art.org/pages/06-currentawardspage.html

Posted by Chris Willrich at 7:27 AM No comments: 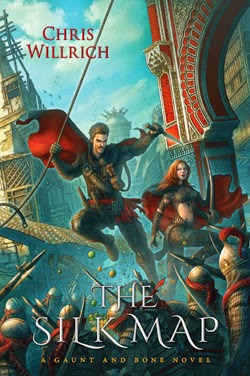 Nice news to report here. Gaunt and Bone #2: The Silk Map (Pyr Books) is on sale as of today. This adventure sends the rogues on a quest along a trade route inspired by the real world's historical Silk Road. Their goal: a new source of ironsilk, a mysterious substance that Gaunt and Bone have been employing now and again since their first appearance. If they can find it, a demigod is prepared to reunite them with lost family. But there are many competitors, and the road is long ... 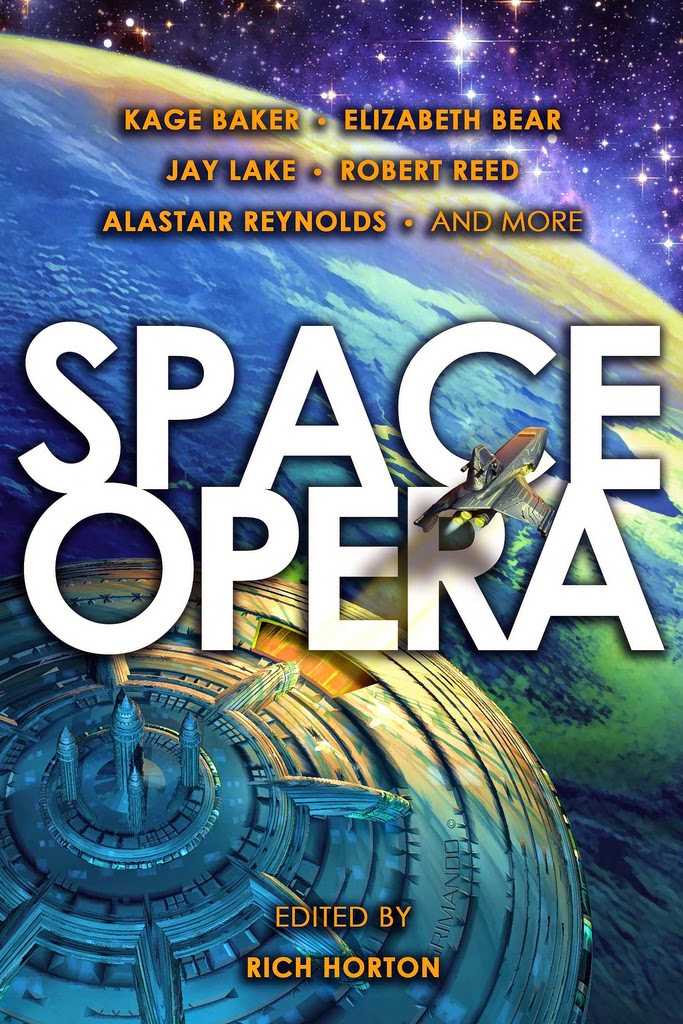 I'm also delighted to have a story included in the reprint anthology Space Opera (Prime Books), edited by Rich Horton. "The Mote-Dancer and the Firelife" first appeared in Beneath Ceaseless Skies Online Magazine, and you can read it there. However, I've read many of the other stories in the anthology before, and if you enjoy a good space adventure I think this book will be a great read!

View my bibliography at the Internet Speculative Fiction Database.

The Dagger of Trust 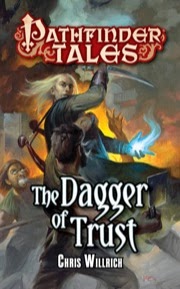 Gideon Gull, bard and spy, battles magic and intrigue in the world of the Pathfinder Roleplaying Game. Available now from Paizo Publishing.

The Scroll of Years 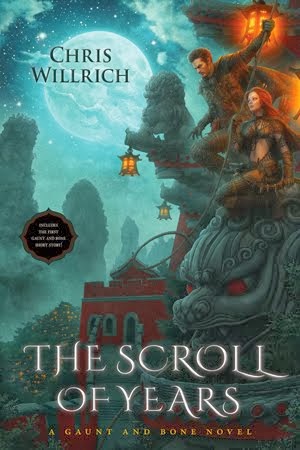 The rogues Gaunt and Bone are on the run in the farthest East of their continent, with danger behind and ahead. Available now from Pyr Books. 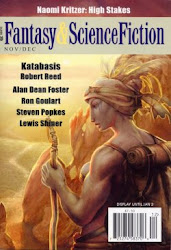 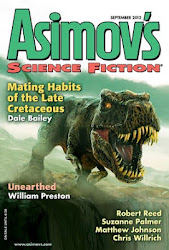 Includes my story "Star Soup," set in the "Nightgift" universe

Includes my story "Grand Tour," set in the "Nightgift" universe

Includes my poem "The Vampire Astronomer." 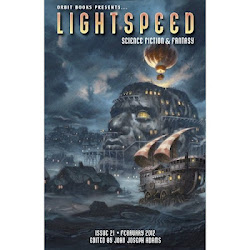 Includes a reprint of my Gaunt and Bone story "The Mermaid and the Mortal Thing," which originally ran in Flashing Swords. 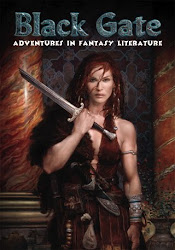 Includes my story "The Lions of Karthagar," set in the world of Gaunt and Bone.

The Best of Beneath Ceaseless Skies, Year 1

Includes my Gaunt and Bone story "The Sword of Loving Kindness" (or read it at www.beneath-ceaseless-skies.com )

In Lands That Never Were 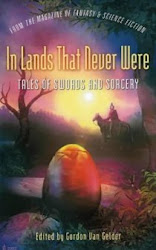 Chris Willrich
Chris Willrich is a science fiction and fantasy writer best known for his sword-and-sorcery tales of Persimmon Gaunt and Imago Bone. His work has appeared in Asimov's, Beneath Ceaseless Skies, Black Gate, Clarkesworld, Fantasy and Science Fiction, Flashing Swords, The Mythic Circle, Strange Horizons, and Tales from the Magician's Skull. Chris can be contacted at goblinlibrarian - at - gmail - dot - com This blog is for thoughts on books, writing, games, shows, libraries, and other things that seem to fit the "Goblins in the Library" title.